The Purple Road to the World Championships 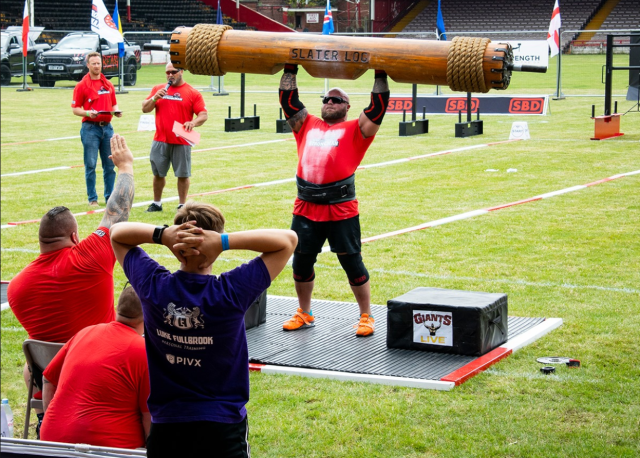 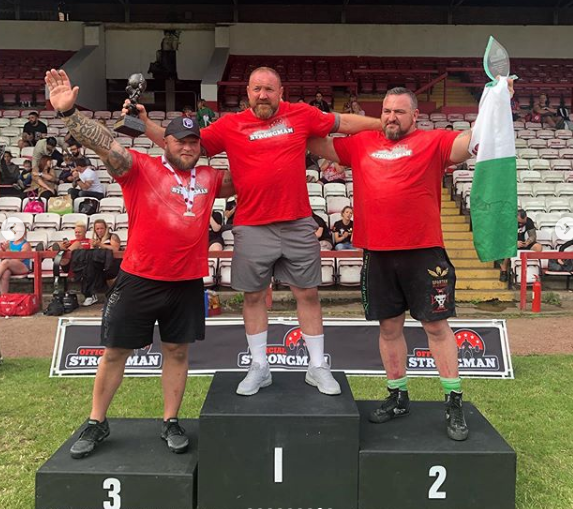 Hi Everyone, I’m new to this, so please bear with me! For those of you that don’t know me, my name is Luke Fullbrook and I am a full time personal trainer and Amateur Strongman from Stoke on Trent, England.

The aim of this blog series is to give information regarding my journey to the Official Strongman World Championships. The highs, the lows, the excitement, the frustration. You will have a front row seat to what really goes on behind the scenes. *DISCLAIMER* I like to swear a lot. I apologise, but it’s me! If you are easily offended please proceed with caution.

So lets kick this blog of with a little bit about me and my journey. Anyone who knows me, or follows me on social media (insert shameless plug to the links below), will know that I struggle with mental health issues. September 2018 saw me have a complete breakdown to the point where I attempted to commit suicide. This was one of the darkest moments of my life. Strongman was the last thing from my mind at that time, but ultimately the gym is what saved my life. I was prescribed anti-depressants from the doctor and advised to seek help from a counsellor. Anyone who has ever taken anti-depressants will know the ride is a fucking rough one. Mood swings, lack of appetite and sleep deprivation to name just a few of the side effects, all of which hindered any training I attempted. That was when I decided to share my story with friends, family and my social media following. The support I received was astronomical. So many messages of support and encouragement that I was not alone in what I was feeling. I was given the name of a local counsellor from a friend, who advised that I seek him out and talk through my troubles. To this day and probably for the rest of my life, I find talking to him about my feelings, thought processes and any old random shit to be honest gives me clarity and the understanding to process what my depression triggers are and how to combat them effectively. Of course I got the usual banter from the lads at the gym but at the end of the day, I knew they were there for me as a sounding board whenever I needed them. I have a close friendship group. More brothers than friends. In times of need I know they are there to take the piss out of me, tell me to ‘man up’, but also give me a big man cuddle (Eddie’s are the best!) and put me back on the right path. I am living proof that I may look big and strong on the outside, but what goes on inside can look very different. My advice to anyone who is struggling is to seek help, as you definitely are not alone. The more we speak about these issues, the less stigma there will be attached to mental health.

This January is where my return to becoming a competitive strongman began. My mental health was improving and I felt ready to compete at London’s Strongest Man. In this competition I gave a very good account of myself. I finished 5th overall, which for my first competition in over 12months was a success. I came away injury free – which hadn’t happened in a long time and ready for the year ahead.

Following from this I decided to take the route of the masters as i’m officially an old bastard. I entered into the England’s Strongest Master where I finished 3rd overall qualifying for Britain’s Strongest Master. The competition was strong and again I finished 3rd. It was from here the real hard work began and I started the qualification process to get myself to Europe’s Strongest Master. The qualification for this competition was via an online video submission process. I qualified with ease, 1st overall which was expected given the heavy shit I moved and lifted, despite an international field.

Once I had qualified for Europe’s, I knew that I had to give it everything to win, gain the title of Europe’s Strongest Master and qualify for the world championships. My preparation for the competition of the static events went really well, however the fast paced moving events were shit. An old hamstring injury was flaring up everytime I stepped out of second gear to try and get the speed required. I would re-tear fibres around old scar tissue from previous more substantial injuries. Due to this I had to train smart and prevent any further injuries which would have made competing impossible. Mentally this was challenging. I knew what I had to do, but being unable to prepare the way I should have been was frustrating. I did the best I could, in each and every single training session, without causing myself an injury. The results of my training were evident on the day of the competition.

First event of day was a 290kg Deadlift for reps in 60 seconds. I pulled 10 reps taking the event win. All I had to do was ensure I got enough reps to take 1st place, without jeopardising the events that followed. The reps were steady and controlled, ensuring my hamstring was intact and ready to go for the next event.

Log press was event 2. 130kg for reps in 60 seconds. As I had won the deadlift event I was able to compete last. I saw how many reps the other competitors had completed, and beat it by 1. I took the event win with 6 reps. The log was bloody beautiful and I honestly felt like I could have smashed 10 reps out if required. Again competing smart was the order of the day. Do as little as possible to reap the benefit in later events.

The third event was 380kg Yoke over a 20m distance. Again because I won the log, I got to compete last in this event. I had seen what all the other competitors had done. There was no way I was going to beat a couple of the guys, they fucking flew down the course. But I knew if I finished the distance, I would secure 3rd place… still keeping me in 1st place overall.

25kg Forward axe hold for as long as possible was the 4th event. This is one of my stronger events, as it is purely a pain event. Due to my 3rd place Yoke finish, two competitors had the advantage of knowing what they had to beat. One beat my time by 0.5seconds, and the second by 1.2seconds. I finished 3rd overall in this event by literally the click of a stopwatch! Luckily, it was guys who had not performed to well in previous events who took the win.

I went into the final event with a 4.5 overall lead of the competition. However. The event was a moving event. 2x120kg sandbags had to be carried 20m and placed over a bar 45inches high. The numbers were tight and it wasn’t really clear what I had to do to take the overall competition win, so all I could do, was go out and do my best. By this time of the day, it was late afternoon, I was feeling the effects of the day. The weight felt ridiculously heavy, but I got the first sandbag down to the bar (albeit slowly) and attempted to lift it over the bar. No matter what I tried, I was knackered, completely out of energy, and it just wouldn’t go over. I ran out of time, and then all I could do was wait and hope.

As the numbers were being crunched the realisation of potentially throwing away the lead it really started to hit home. All I had to do was put one fucking sandbag over the bar for 1 point. As I had not managed that, I scored 0 points. It hit me hard. I took myself off, had a strong word with myself and tried to see the positives. There were two ways to look at this. I had lost the overall competition by 0.5points and thrown away the lead. Or I had nearly secured the competition win with one event to go, regardless of the outcome of the final event. I chose the latter. As the names were being called with the placings, it was no shock when Luke Fullbrook was announced as finishing in 3rd place. I smiled, accepted my medal gracefully and congratulated the other athletes. Let me tell you, a few years ago, I would have not even stayed around to accept 3rd place. This shows just how far I have come not only physically but mentally too.

The main contributing factor to my happiness despite the result, was the fact I had still qualified for the Official Strongman World Championships in Florida. I know what I have to do and how I’m going to achieve it, and I will work my nuts off to get there and be the best. The Purple Road continues, and mentally and physically I am prepared for the journey.

I am thankful for the PIVX community for supporting me on my journey and I can’t wait to be celebrating with you all as the World’s Strongest Master.